Not only is it an ideal facility for building and launching its premium line of catamarans but it is also the departure point of the famous Vendée Globe solo around the world race. 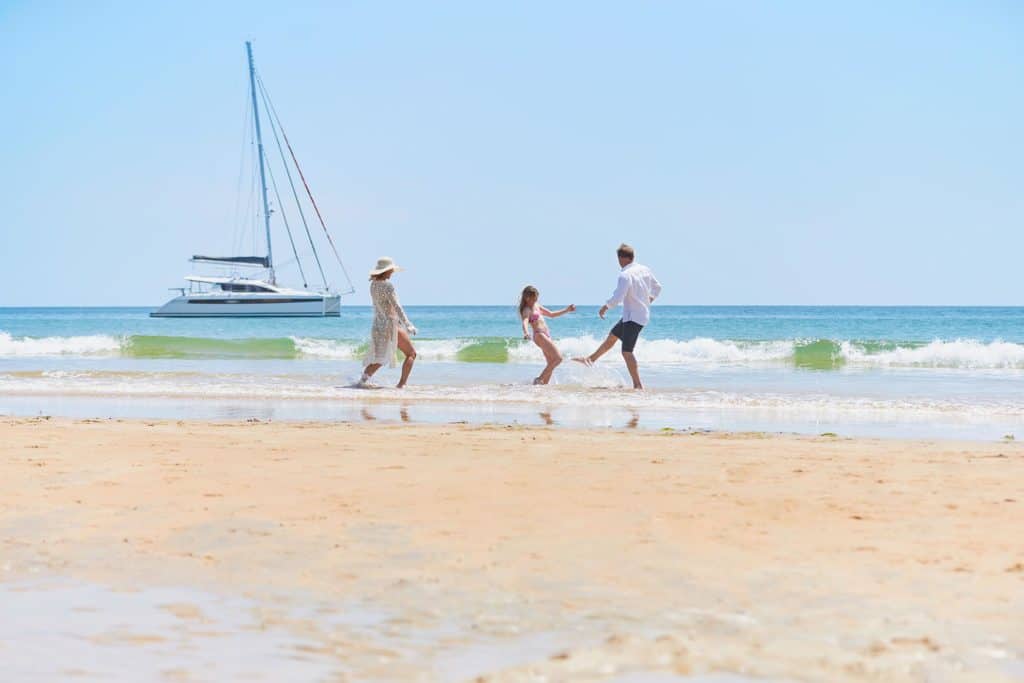 Les Sables-d’Olonne has a nautical consciousness that dates back to our first connection with the sea. During the Roman Empire it was an important crossroads thanks to its harbor, «Le Havre d’Olonne».

Famous as the leading cod fishing harbor into the 17th century, the «Belle Epoque» for Les Sables-d’Olonne really began in the early 1800s. The rising popularity of «ocean bathing» brought sophistication in the form of resort hotels, casinos, cafes and beach front restaurants. The same ambiance that first attracted the aristocracy and artistic class is awake and flourishing today. Walk the beach front rambla and you will feel it for yourself.

Today, Les Sables-d’Olonne is famous for being the home of the Vendée Globe single-handed, non-stop, yacht race around the world and Privilège has played an important role from the very beginning.

THE VENDÉE GLOBE
Every 4 years, the world’s top solo sailors set out from Les Sables-d’Olonne to compete in something so mad, so daring and so epic that only a handful of sailors have ever summoned the courage to attempt it – sail around the world alone. They sail night and day without stopping, without assistance and without seeing another single human.

Since the first race in 1989, 167 sailors have competed while only 88 have crossed the finish line. It is no wonder it is often called the “Everest of the sea”. The popularity of this event cannot be exaggerated; over 2 million people visited the Vendée Globe pavilion during the start of the last race, in 2016, and the sailors themselves are celebrities.

The race was founded by Phillipe Jeantot. Jeantot was a two-time winner of the BOC Challenge that was also a solo around the world race (now called the Velux 5 Oceans Race). The difference was the BOC was sailed in 4 stages and Jeantot imagined a non-stop race that would become what it is, in fact, today: the ultimate challenge for single-handed sailors.

Phillipe Jeantot competed and finished fourth in the first Vendée Globe. But more important to us was that he also founded something equally notable: Privilège. 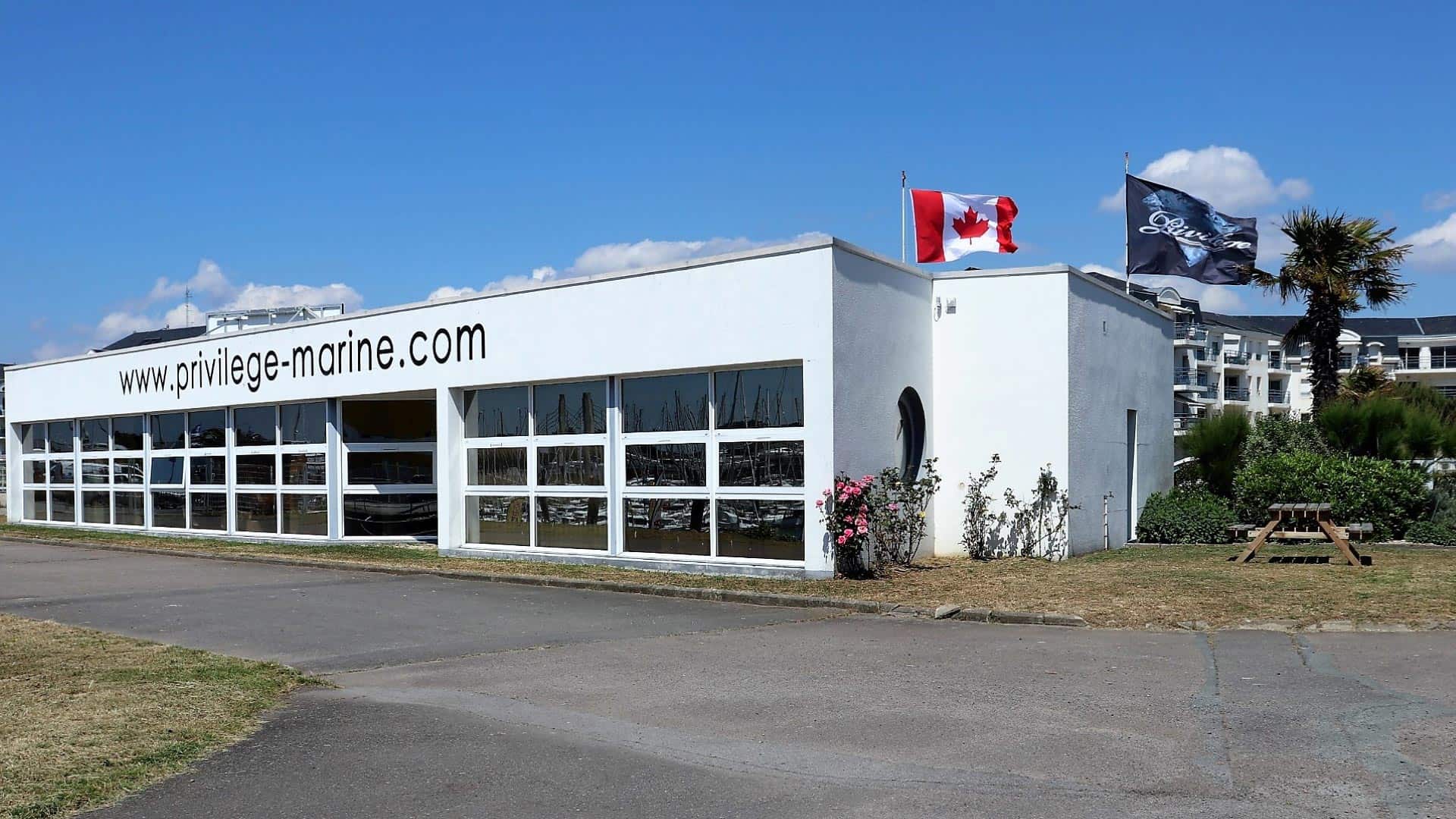 WHERE YOUR YACHT IS BUILT MATTERS
Philipe Jeantot built his first Privilège in 1985 based on his remarkable offshore sailing achievements. This new catamaran was built for cruising with his family, and security and comfort mattered as much as sailing ability.

With the help of renowned naval architect, Marc Lombard, Privilège has steered a very different course from most other French builders who have come to dominate the growing catamaran segment. Privilège also predicted the shrinking popularity of premium monohulls in favor of catamarans and has succeeded in establishing a bespoke series of yachts that meet the highest possible expectation.

Intelligent design and outstanding craftsmanship are a given, but what makes Privilège the single best sailing catamaran today has much to do with where it is built. Our Port Olona facilities share land and sea with many of the world’s most accomplished sailors. Everything that matters in the world of sailing is happening here and has a direct influence on the yachts we launch.

Welcome to Port Olona in Les Sables-d’Olonne: the home of the Vendée Globe, the home of Privilège. 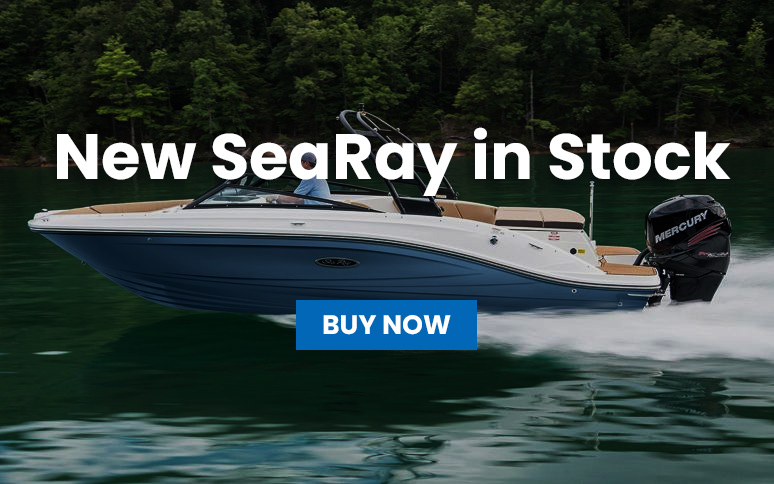